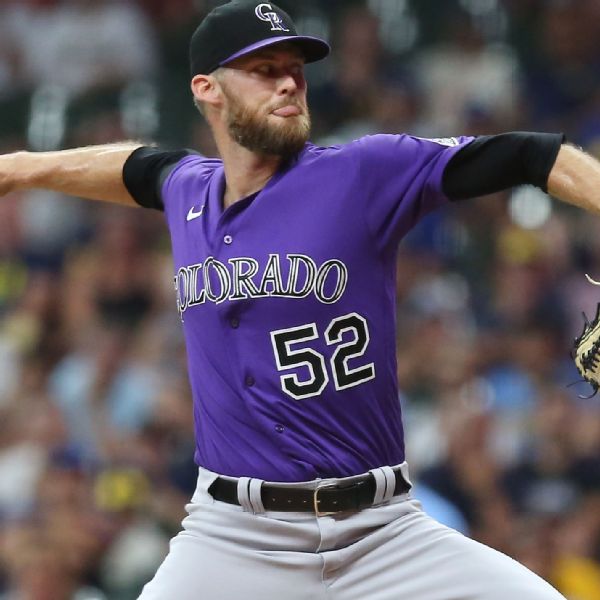 DENVER — Colorado Rockies closer Daniel Bard has signed a $19 million, two-year contract to stay with the team through 2024.

Bard, 37, was the subject of trade rumors ahead of the Tuesday deadline, but the deal announced Saturday will keep the closer where he is.

The hard-throwing righty was 3-3 with 21 saves and a 1.91 ERA in 37 games this season when he signed. Later Saturday, Bard allowed a two-out double in the ninth but earned his 22nd save to close out Colorado’s 5-3 win over the Los Angeles Dodgers.

Bard broke into the majors with Boston in 2009 and spent five seasons with the Red Sox. His time in Boston ended with control issues after just two games in 2013.

He briefly retired from baseball and served as a player mentor for the Arizona Diamondbacks in 2018-19, then signed with the Rockies in 2020.

In three seasons with the Rockies when he signed, Bard was 14-13 with a 3.94 ERA and 47 saves, which rank seventh all-time in franchise history.

Entering play on Saturday, Bard was fifth in the National League and tied for seventh in the majors in saves.